LED light sources are small and unobtrusive, easy to install, and can generally be fitted out of sight. They are extremely energy-efficient and their life is exceptionally long, cutting down both operating costs and inconvenience of maintenance. Choosing the right LED can be a bit confusing at first.

Follow these tips to choose the right LED for your needs

The LED, or light-emitting diode, is essentially a miniature light source incased in a plastic lens. LED’s produce light when electrons inside the diode, excited by the flow of current, release energy in the form of light photons. LED lighting is ultra-compact and dramatically more efficient than traditional incandescent bulbs – up to 85% more efficient – and over 10% more efficient than compact fluorescent bulbs (CFL’s).

Just imagine, you could install an LED bulb in your newborn’s room today, and probably not have to replace that bulb until your child is off to college. And, because LED bulbs are based on solid-state lighting technology that emits light from a chip, they produce minimal heat and there is no filament to burn out, as with incandescent bulbs. Nor do they contain mercury and other toxic material.

WHY USE LED BULBS?

LEDs or light emitting diodes, are changing the way you light up your home.

What is an LED?

An LED is a light-emitting diode. LEDs consist of a semiconductor diode that emits light when a voltage is applied to it. LED technology has been used for several decades as indicator lights for electronic devices and now is useful in lighting technology.

How are LEDs used?

LEDs are historically popular with architectural highlighting. Red, Green, and blue LEDs are commonly used for traffic lights and exit signs. Currently, the LED has evolved and can be used in indoor and outdoor lighting fixtures.

Have LEDs always been used in general illumination lighting?

LEDs have not always been used for general lighting. Experts have tested and created LEDs to ensure that lumen-per-watt ratio is at least as good as existing technology and that the color quality meets industry standards. The lighting industry can now offer products for general illumination, indoor and outdoor lighting.

How has new LED technology improved?

LED technology is rapidly evolving, showing significant promise in efficiency, color consistency, color quality, and in the ability to produce more reliable light over time. As the technology improves, the ways that LEDs can be used for general illumination is expected to expand.

What are the advantages to using LED lights?

High efficiency and durability are the most pronounced benefits of using LED lights. Longer lifespan and low maintenance helps you save energy and money as you invest in LEDs for your lighting needs.

What's the difference between efficiency and efficacy?

What is junction temperature?

The three things affecting junction temperature are: drive current, thermal path, and ambient temperature. In general, the higher the drive current, the greater the heat generated at the die. Heat must be moved away from the die in order to maintain expected light output, life, and color. The amount of heat that can be removed depends upon the ambient temperature and the design of the thermal path from the die to the surroundings.

Why Does Thermal Management Matter?

LEDs release heat that has built up inside a fixture, using a low junction temperature and innovative engineering. The heat flows out through a heat pipe assembly which can preserve the life of your LED. Some products releases warm air while circulating cooler air through the fixture using airflow convection technology.

Why is the lifespan of an LED measured as lumen depreciation?

An LEDs lifespan is measured by lumen depreciation because most LED light sources will decrease in light output over time rather than burning out like other technologies. Some LEDs can burn out but most just grow dim over time. The industry measures the decrease of light output (lumen depreciation) to inform consumers of the amount light to be emitted from an LED fixture or bulb. 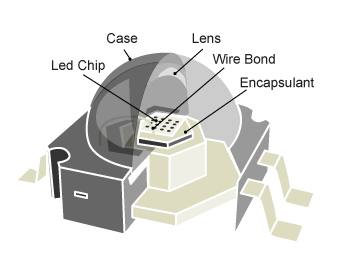 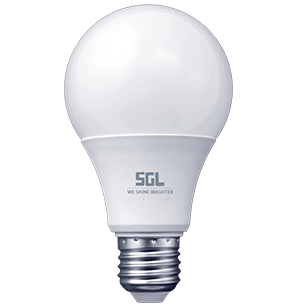